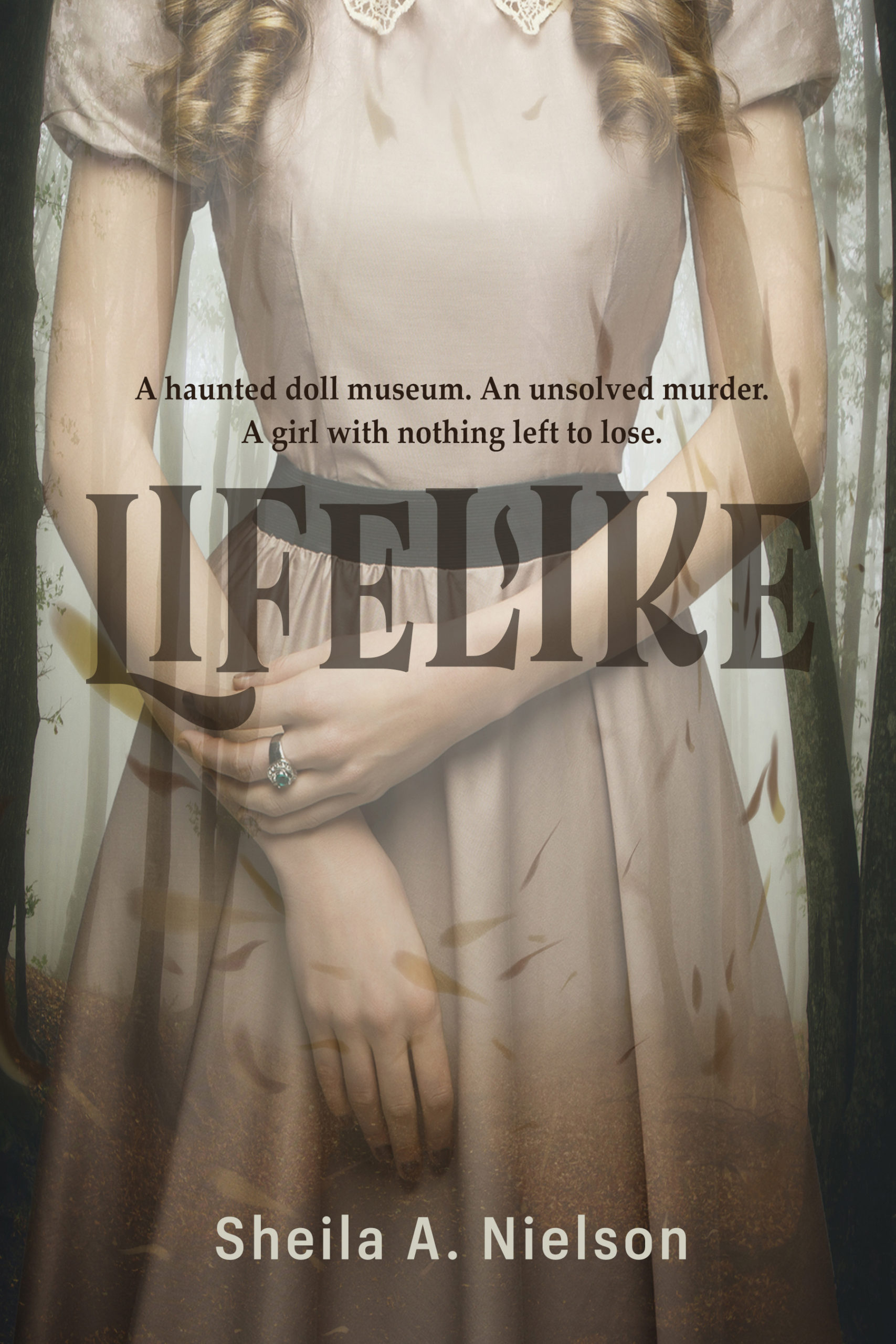 Fall in love with a haunting story of a murder set in the past, a thirst for revenge that just won’t die, and a sweet first love that transcends time.

Lifelike by Sheila A. Nielson

A haunted doll museum. An unsolved murder. A girl with nothing left to lose.

Six months ago Aunt Victoria bought herself doll museum—a sprawling 25-room Victorian mansion filled with toys and playthings from every period of history. Now I’m going to live out the rest of my probably short life in a place listed as unlucky number thirteen in the official guide to the most haunted places in America.

I keep telling myself it’s all just a bunch of old stories. That I don’t believe in ghosts. That the noises I hear coming from the walls are just mice or rats. But I’m not so sure anymore. The dolls are everywhere. I can feel their glass eyes watching me from every corner.

They say a murder was once committed in this house.

I think the person who did it— their ghost—is still here.

When tragedy strikes sixteen-year-old Wren’s family, she can’t see the point in starting over again, especially when her future seems so uncertain and her heart so heavy.

After she is sent to stay with her favorite aunt, who lives in a doll museum, Wren quickly discovers two creepily lifelike dolls hidden inside the walls of the old house. Dolls that were created to look like two very real people–a dangerously handsome young man and his mysteriously beautiful fiancée—a young woman he supposedly murdered a few weeks before their wedding day.

As Wren attempts to solve what really happened all those years ago–she begins to realize that not only are the dolls haunted—but one of them is dead set on making sure the truth will never be revealed. No matter the cost…